Reach out to Patriot Roofing LLC by calling (405) 996-6787 or by completing our online contact request form.
What Some of Our
Customers are
Saying About Us
View All >

Patriot Roofing installed a beautiful roof for us, and Kevin, our project manager, is extremely knowledgeable and helpful as well as very friendly!!

J.R. Ray
20:41 29 Dec 22
My neighborhood was struck by an EF-4 tornado (4 November) and we were besieged by roofing companies, offering free inspections and quotes. Patriot's representative noticed my "No Soliciting" sign on my door and respected that, leaving his card by the door. I chanced to meet him later as he was walking down the road and engaged in conversation. I was impressed by his demeanor and allowed him and his team to make an inspection and was told his review would be sent to my email. Now while every other roofing service merely gave me a price quote, Patriot gave me a detailed, item by item quote and was lower in most cases. It was that detailed quote that caused me to select Patriot. Weather was still bad in the days following but a break was predicted and the day prior to the weather break, the shipment of materials came to my residence. The next morning, very early in the morning, I heard vehicles in my front yard and was surprised to encounter a the roofing crew, who had driven since 3:00 am to get here at 6:00 am. The weather was still not favorable and I offered some recommendations as to where they could possible go and have breakfast. They declined and stated they would remain at the yard until the site manager (crew boss) gave them the go ahead. The "boss" arrived just about as the weather broke and the team attacked the house like a well-oiled machine, removing my old roof and starting in on repairs to the roof. Not once did I see any of the workers stop for a smoke break, or drink. Just steady work until such time as the boss called lunch. They brought their lunch with them, at on site, and then went immediately back to work. A ground crew was in constant motion, picking up debris and moving yard items away from the work area, I dare say the whole rood, complete with the number of repairs needed would have been completed that same day, had it not been for the delay in the morning due to weather. The crew as back the next morning and all was complete, to include yard pick-up and site clean up before mid morning. Being a retired Sergeant Major (US Army), the observed work ethic of all involved was truly commendable.

Berta Young
18:45 18 Nov 22
I was having difficulty finding anyone to replace rotted fascia board on back porch and a portion along side and NW corner of mobile home. Also vinyl siding replacement in these areas. I contacted Patriot Roofing, was greeted promptly then connected to Ernie who came out, assessed the damage and in a few days sent an itemized list of cost of project. Repair was done in a timely and satisfactory manner. At my request they also installed guttering to my front porch. All employees were friendly and competent. This was a small job but they made time to help in time of need.

Tracey Phillips
19:03 24 Oct 22
Patriot Roofing responded quickly to our request for a quote on work around windows and doors. Ernie and Ron were very attentive and easy to work worth. Work was beautifully done and completed as quoted. Office staff followed up promptly to see if all was okay. Would definitely work with Patriot again.

N. B.
14:54 09 Sep 22
Patriot Roofing came out and replaced my roof, window wraps, gutters, and siding twice after last year’s hail storms. Matt and Brandon were always available and could not have been more professional, friendly, and knowledgeable. Matt even came to the insurance inspection to make sure they didn’t miss anything! The work was done quickly and my house was back to its former glory within weeks. On the backside, Kaylee put so much time into getting my insurance to pay what was needed and I was really happy to be able to hand that off to someone else. Really great experience overall!

Rob Boulden
16:03 01 Sep 22
Gavin's crew was awesome. They were well prepared, skilled and easily delt with any unexpected issues. Old square vents were removed, and 5 new dome vents were installed. The finished job looks great, and the shingle match is exact.

Dion Hampton
22:11 22 Aug 22
Patriot roofing is a good dependable and professional roofing company. Matt who works for Patriot roofing explained the process to me on the costs of the roof and help me with my home insurance during that situation. The roof shingles on the house looks so good and they also replace my sunroom roof too. I almost forgot they also do flat roofs I have a addition to my house that has a flat roof. They did a wonderful job. I would recommend them to any one who needs a roof replacement . Plus they also did vinyl siding to my addition to the house. Thank you Matt . If I need my roof replaced again I will give them a call again. They are really excellent at what they do.

Shane Flewellen
20:17 11 Aug 22
Bobby was fantastic, came earlier than scheduled for the inspection, helped us file the claim, and got all the work done in a timely manner!

Devin Giles
16:46 11 Aug 22
These folks were great from beginning to end. Inspected my roof and told me what they found and how they would repair it and bring it up to today's code. The workers were on time and polite. No problems, zero hassle, would recommend to anyone.

jeffery enose
20:49 29 Jul 22
Very prompt and courteous. Matt explained each step of the process before they started and made sure that the site was clean after the repairs. Kaylee did an excellent job of explaining the supplemental requests. I had to use their services on twice last year and they have been amazing to work with on both occasions.

Emi Morris
12:44 11 Jun 22
I would recommend Patriot Roofing to friends and family. They did great work in the time frame that was agreed upon. Most importantly there was no problems with communication between Patriot Roofing, our insurance company and us. A wonderful job.

Laura Linn
14:41 02 May 22
I worked with Ron L. to replace our roof after the April 2021 hail storm. He has an easy demeanor, quickly responds and professional. Our roof was installed without issue, and we will continue to use Patriot for all of our exterior needs. From the office staff to the guys who are out on the ground, you will not be dissapointed with your service.

Adam Seeley
22:05 29 Apr 22
Bobby was very professional and helpful in getting this work completed in a timely manner. They kept me up to date throughout the entire process. I will use them again.

bill Boyd
21:24 28 Apr 22
Wes was good to work with. Repairs due to wind/hail. Replaced roof, added new decking, replaced siding and one window. Due to the size of the storm and damage, it took awhile to get everything done. The roof was done first, then siding, window was last. Everything was done in a workman like manner. Had a leak around skylight, and it was repaired in a timely manner.

Cameron Homeyer
15:37 23 Mar 22
We had our roof, gutters, garage door, and other miscellaneous repairs done by Patriot following a 3" hail storm in Norman in 2021. The staff were professional, the repairs were high quality, and communications were clear through the beginning. They made the process of completing the insurance claim and finalizing things painless and easy.

Ernest L
17:26 10 Mar 22
Extremely pleased with the results. Workers were very friendly, listening to and answering all of my questions. Attention to detail was great. Would recommend them to others.

sarah fipps
17:02 10 Mar 22
Bobby was responsive, kind, and willing to work with us. Actually spent time inspecting our damage to ensure he was best able to advise. It was by far the best costumer service we had received out of all roofing companies we spoke with. Once we decided and were able to move forward with the repairs, Bobby was able to get us on the schedule and quickly repair the damage. Will be using them again in the future should we ever need additional repair or roof replacement.

Nancy Harrington
23:36 02 Mar 22
Patriot Roofing did excellent work on my roof. The roofers were professional, quick, and courteous. Ron Latham, as the project manager, was very professional, knowledgeable, and responsive. Ron kept me informed throughout the process and offered assistance with roof repairs for my small sheds as well.

Jo Huntington
22:27 02 Mar 22
Erica is absolutely one of the best employees of this company. She is articulate, respectful, kind, and honest. She answers the phone and is attentive to the customers concerns and responds in a timely manner with information. She is an incredible liaison between customers and ‘managers’. Without her, this installation would have had a very different outcome.Avery was on site and assisted with communication. Any concerns expressed were addressed with roofing installation experts immediately. His articulate manner was reassuring to me through the entire project.Kaylee stepped up as a good manager. When asked, she reviewed her notes orally that she had been documenting through the our entire conversation.The actual installation gentlemen were respectful of my home and property. Truly gentlemen that speak highly of their immediate supervisor that directs day to day operations. I was very fortunate with the last two men on my property. They ‘crossed the t’s and dotted the i’s’ so I was very pleased with the last few items necessary to complete the production. (I’m sorry, I don’t know their names.)Every job has a few bumps but communication solved each concern.
‹
›

NAVIGATION
SERVICE AREAS
FROM THE BLOG 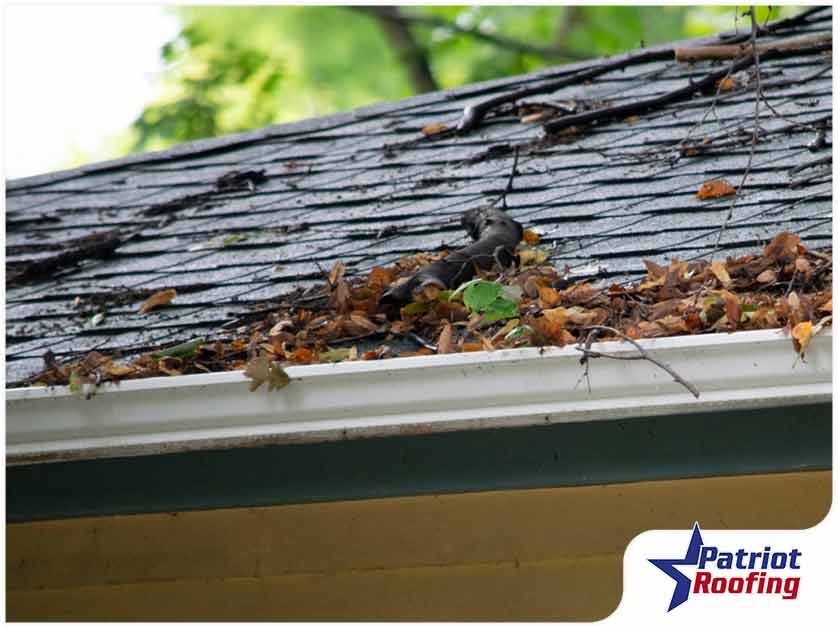 How Not to Take Care of Asphalt Shingles
Proper asphalt shingle maintenance can prolong the lifespan,… 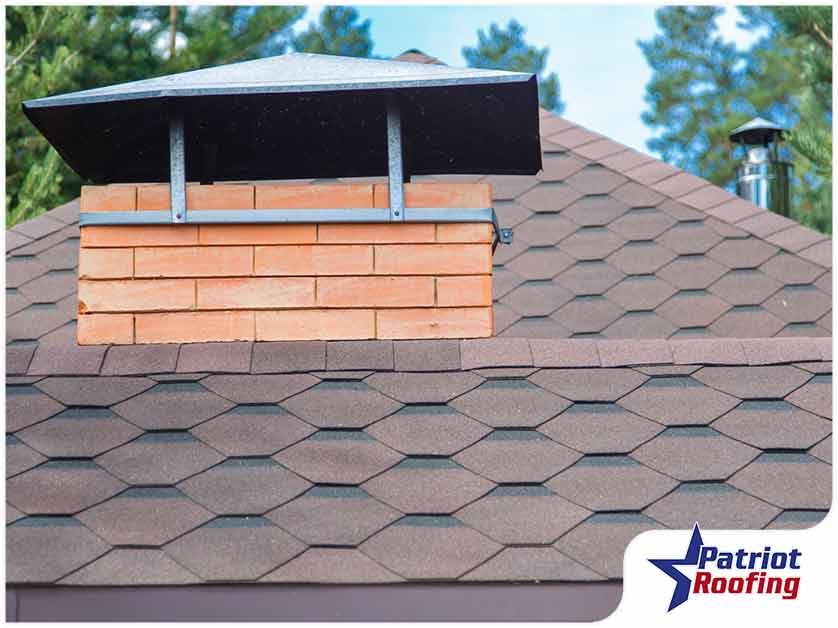 Why the Country Still Loves Asphalt Shingles
Asphalt shingles have been the most popular roofing…
© 2023 Patriot Roofing LLC. All Rights Reserved.
GET A FREE ESTIMATE